Red J. Bird is a bird and the main protagonist of the Angry Birds series. He is a short-tempted bird who hates the pigs the most and the leader of The Flock.

Red is a northern cardinal who is Red (hence the name). On his head, he has two small red feathers with a circular end, and on his tail, there are two short black feathers with square ends. His belly is peach-colored, and he has small, crimson spots ordered in a horizontal line across his face.

Red is a short-tempered person. The angriest of all the birds, he is not above using violence when someone annoys him. He is someone who takes his duties very seriously, not willing at all to leave them aside. However, sometimes, he can be seen happy such as when he and the rest of The Flock get their eggs back.

In Angry Birds Rio, Red, Chuck, and Jay were birdnapped by the smugglers and sent to Rio de Janeiro where it was shown on a poster which was held by Nigel that they cost 100 thousand dollars. The birds then see Blu and Jewel. They then breakout and proceeded to free the other caged birds including Blu and Jewel theirselves. Nigel then sent the marmosets to attack the birds in the jungle but the birds defeated them. In the beach, Luiz freed Jewel and Blu from their chain but Jewel was later recaptured. Blu was also captured in the carnival. The Flock proceed to free them on the Smugglers' Plane where the caged birds including Blu and Jewel were freed and Nigel was defeated. On Piggy Island, a Minion Pig and Foreman Pig were about to steal the eggs when the birds arrived back home and reclaimed their eggs. Later on, The Flock were sent an invite by Blu and Jewel to Rio de Janeiro to celebrate the new year. On a boat, The Flock freed some caged birds and dolphins from the marmosets but they accidentally freed Nigel. They later went to the Amazon where in the Blossom River, they defeated Nigel for the last time. They later dealt with the marmosets along with Blu who could now call the other birds to defeat the marmosets. After defeating the last marmosets in the Hidden Harbor, The Flock went back home.

In gameplay, Red has no ability but he can squark. During boss battles, he can deal decent damage to the boss. He can be made stronger by using the Power Potions (formerly Super Seeds). In addition, Red is featured as the power-up Samba Burst where he appears as the Samba Bird who can make structures, marmosets and caged birds dance to the rhythm which after it ends, they will fall. 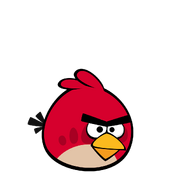 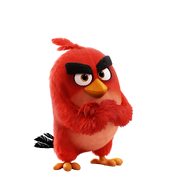 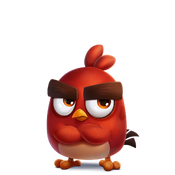 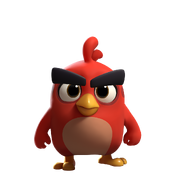 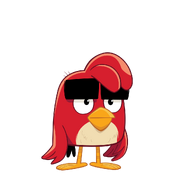 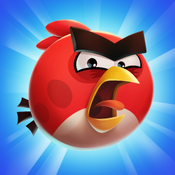