The Littlest Rebel is a 1935 American dramatic film directed by David Butler. The screenplay by Edwin J. Burke was adapted from a play of the same name by Edward Peple and focuses on the tribulations of a plantation-owning family during the American Civil War. The film stars John Boles, Karen Morley, and Shirley Temple as the plantation family and Bill Robinson as their slave with Jack Holt as a Union officer.

The film was well received, and, in tandem with the Temple vehicle Curly Top, was listed as one of the top box office draws of 1935 by Variety. The film was the second of four cinematic pairings of Temple and Robinson. In 2009, the film was available on videocassette and DVD in both black-and-white and computer-colorized versions.

The film opens in the ballroom of the Cary plantation on Virgie's sixth birthday. Her slave Uncle Billy dances for her party guests, but the celebration is brought abruptly to an end when a messenger arrives with news of the assault on Fort Sumter and a declaration of war. Virgie's father is ordered to the Armory with horse and side-arms. He becomes a scout for the Confederate Army, crossing enemy lines to gather information. On these expeditions, he sometimes briefly visits his family at their plantation behind Union lines.

One day, Colonel Morrison, a Union officer, arrives at the Cary plantation looking for Virgie's father. Virgie defies him, hitting him with a pebble from her slingshot and singing “Dixie”. After Morrison leaves, Cary arrives to visit his family but quickly departs when slaves warn of approaching Union troops. Led by the brutal Sgt. Dudley, the Union troops begin to loot the house. Colonel Morrison returns, puts an end to the plundering, and orders Dudley lashed. With this act, Morrison rises in Virgie's esteem.

One stormy night, battle rages near the plantation. Virgie and her mother are forced to flee with Uncle Billy when their house is burned to the ground. Mrs. Cary falls gravely ill but finds refuge in a slave cabin. Her husband crosses enemy lines to be with his wife during her last moments. After his wife's death, Cary makes plans to take Virgie to his sister in Richmond. When Colonel Morrison learns of the plan, he aids Cary by providing him with a Yankee uniform and a pass. The plan is foiled, and Cary and Morrison are sentenced to death.

The two are confined to a makeshift prison where Virgie and Uncle Billy visit them daily. A kindly Union officer urges Uncle Billy to appeal to President Lincoln for a pardon. Short on funds, Uncle Billy and Virgie sing and dance in public spaces and ‘pass the cap’. Once in Washington, they are ushered into Lincoln's office where the President pardons Cary and Morrison after hearing Virgie's story. The film ends with Virgie happily singing “Polly Wolly Doodle” to her father, Colonel Morrison and a group of soldiers. 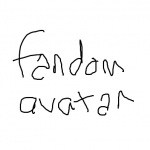 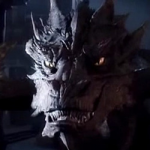